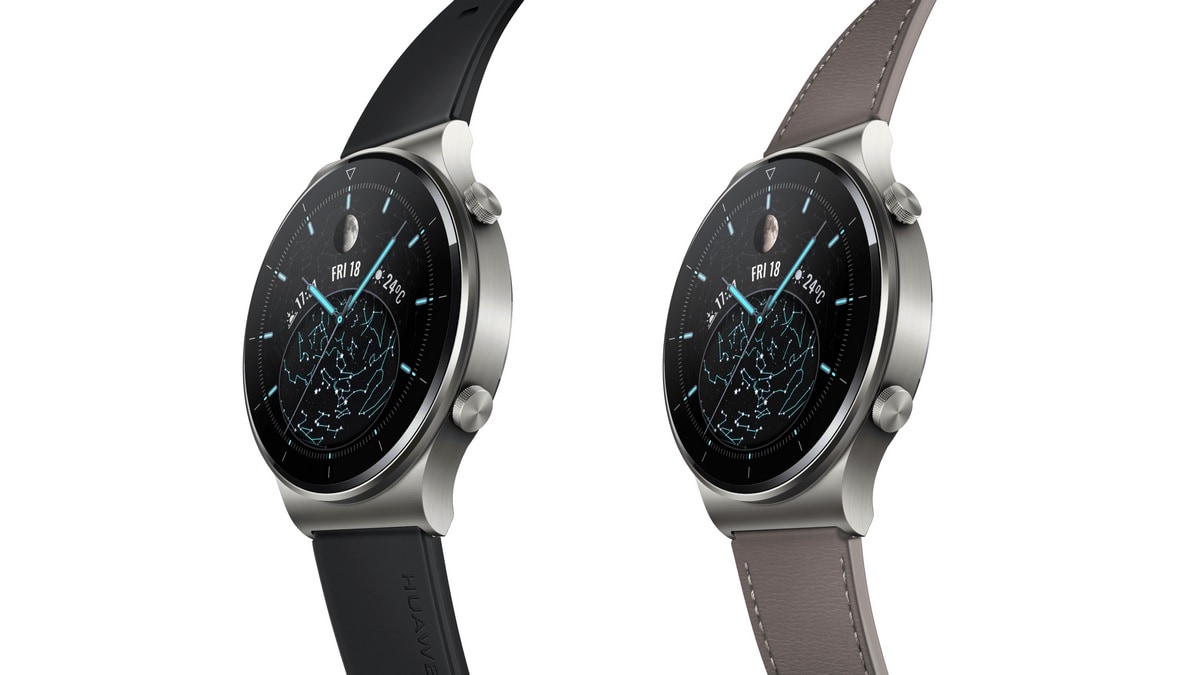 Huawei Watch GT 2 Pro, which was first launched globally back in September last year, will be making its way to India soon according to a tipster. The smartwatch from Huawei is said to come with an AMOLED display with a sapphire dial on top for protection, a titanium frame, and a ceramic back. The Huawei Watch GT 2 Pro is also tipped to offer 200 watch faces and modern health features including VO2 max that measures the maximum oxygen consumption during an intense workout.

According to tipster Ishan Agarwal’s tweet, Huawei will soon launch the Watch GT 2 Pro in India. The tip does not include the exact launch date. The smartwatch, which has already launched in several regions is priced at EUR 329 (roughly Rs. 28,600) for the Sport strap variant and EUR 349 (roughly Rs. 30,400) for the Classic strap variant in Europe. The Indian pricing may be along similar lines. The wearable first arrived in Nebula Grey and Night Black colours.

The tipster says the variant of the smartwatch in India will feature an AMOLED display, a titanium frame with a sapphire crystal dial, and a ceramic back, which is also the case with its global variant. Going by that, other specifications of the Huawei Watch GT 2 Pro could be the same for India.

The Huawei Watch GT 2 Pro that launched globally comes with a 14-day battery life. The smartwatch features a 1.39-inch AMOLED display with 454×454 pixels resolution. It is powered by a Kirin A1 + STL4R9 processor. The Huawei wearable has 4GB of storage and uses Bluetooth 5.1 for connectivity. It carries features including GPS support and comes with accelerometer, gyroscope, geomagnetic sensor, ambient light sensor, air pressure sensor, capacitive sensor, and an optical heart rate sensor.

You also get SpO2 tracking as well as sleep monitoring. The Huawei Watch GT 2 Pro can also perform regular smartwatch functions such as relaying calls and notifications, as well as controlling your phone’s camera and music, among other things.

Is OnePlus 9R old wine in a new bottle — or something more? We discussed this on Orbital, the Gadgets 360 podcast. Later (starting at 23:00), we talk about the new OnePlus Watch. Orbital is available on Apple Podcasts, Google Podcasts, Spotify, and wherever you get your podcasts.

Here’s how Apple’s VR/AR headset is going to work
Garmin Vivomove Trend Hybrid Smartwatch With Up to 5 Days of Battery Life Launched: Price, Features
Foldable iPad With Carbon-Fibre Kickstand Coming in 2024, iPad Shipments May Decline This Year: Ming-Chi Kuo
With This Wallet You Can Do Everything
WhatsApp Banned Around 37 Lakh User Accounts in India in December 2022, Slightly Lower Than November