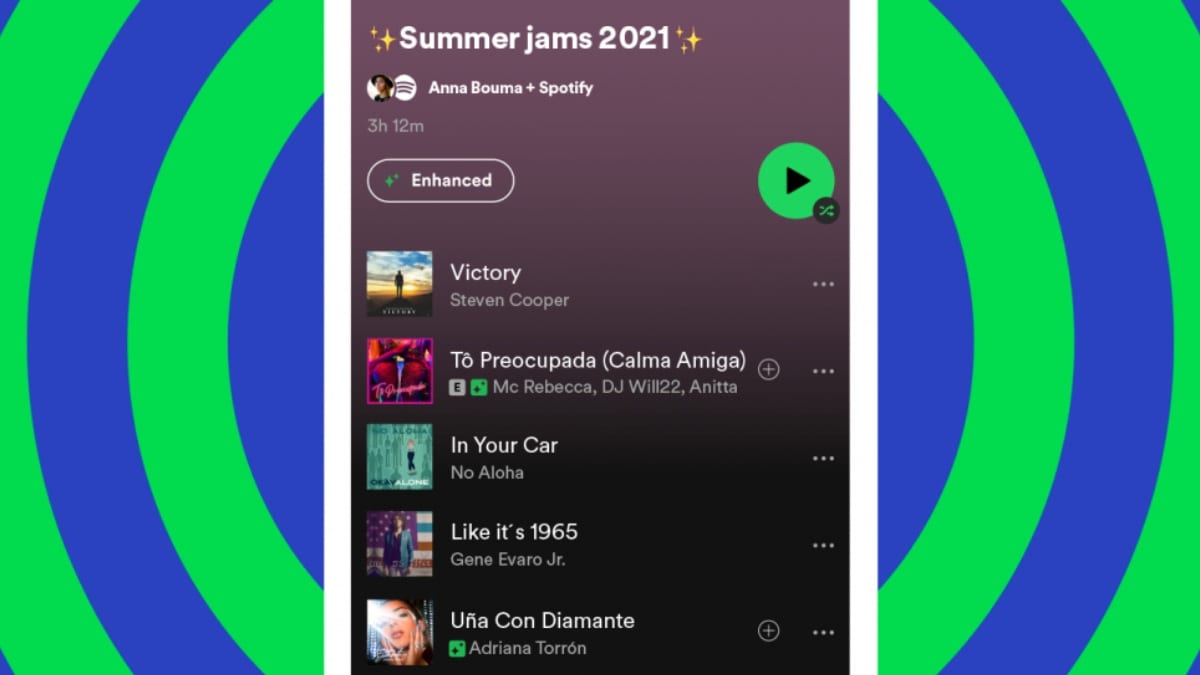 Spotify Enhance feature was announced by the company on Thursday, September 9. The new feature that is available exclusively for the audio streaming app’s Premium subscribers offers personalised suggestions of tracks to add to playlists. Eligible users can see the new feature as a special button at the top of each playlist on their Spotify app. Once they toggle it on, the streaming service will add recommended, suitable songs to any playlist. If the user likes the recommendations, they can add them to their playlist.

The new feature is designed to function based on the songs the user already has on the Spotify playlist. Spotify will add up to 30 song recommendations to a playlist. Each suggestion will show up after every two tracks.

Spotify Enhance: How to use

Spotify said that if users don’t like the suggestions, they can easily opt-out by turning off the Enhance feature.

Spotify confirmed that its Premium subscribers in Andorra, Australia, Austria, Belgium, Brazil, Bulgaria, Canada, Cyprus, Czech Republic, Denmark, Estonia, Finland, France, Germany, Greece, Hungary, Iceland, Ireland, Israel, Italy, Latvia, Liechtenstein, Lithuania, Luxembourg, Malta, Mexico, Monaco, Netherlands, New Zealand, Norway, Poland, Portugal, Romania, Slovakia, Spain, Sweden, Switzerland, Turkey, UK, and the US will get Enhanced feature over the next month. The feature will be available on both Android and iOS. The company is planning to roll out the feature out to additional countries in the following months.

NoiseFit Force Rugged Smartwatch With Over 150 Watch Faces, Bluetooth Calling Launched in India: All Details
Foldable iPad With Carbon-Fibre Kickstand Coming in 2024, iPad Shipments May Decline This Year: Ming-Chi Kuo
13 Coolest Gadgets That Are Worth Seeing
Bloomberg Live: What’s Next For Crypto?
Here’s how Apple’s VR/AR headset is going to work