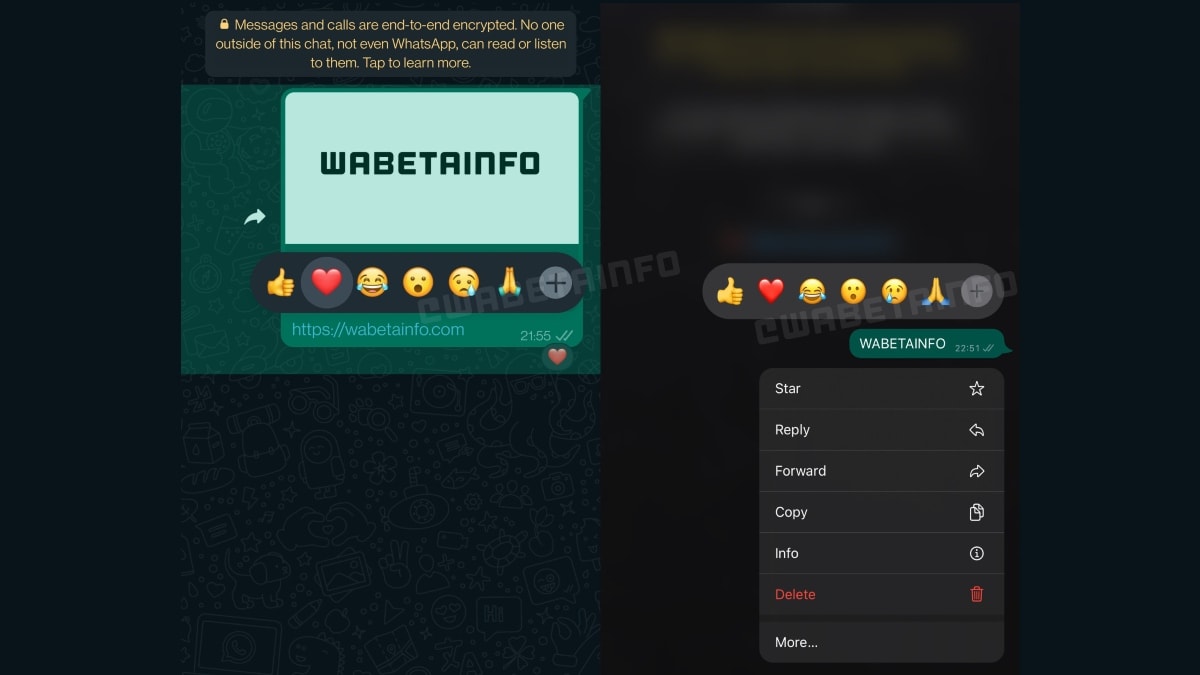 WhatsApp Reactions updated beta version is being rolled out to a bunch of testers for both Android and iOS, as per a report. This new feature will allow WhatsApp users to react to messages by using any available emoji on the keyboard. Currently, there are only six reaction options available for users on both the platforms. The Meta-owned instant messaging platform has already been working on this feature quite some time now. Furthermore, WhatsApp is also rolling out an updated time limit to delete messages for everyone, for Android beta testers.

The development regarding the rollout of an updated version of WhatsApp Reactions is reported by WABetainfo, a platform that tests WhatsApp features before they are released to the masses. As per the platform, WhatsApp beta for Android 2.22.15.6 and 2.22.15.7 as well as WhatsApp beta for iOS 22.14.0.71 are marked as compatible updates for this feature. Both Android and iOS testers will be able to see an ‘+’ sign at the end of the current six emoji options allowing them to react to a message with any other emoji available on the keyboard. Users can already use this feature on direct messages on another Meta-owned app, Instagram.

The updated WhatsApp feature apparently works the same as it works on Instagram. Beta testers can react to a message by touching and holding on a message on a chat in WhatsApp. They will see a ‘+’ icon in the reaction tray. Tapping the icon will open the Reactions keyboard in Android. In the case of WhatsApp beta for iOS, there is a draggable section to select and search for any emoji. As mentioned, WhatsApp has been spotted working on this feature for Android, iOS, and albums in the past.

In another WhatsApp-related development, WhatsApp beta for Android (version 2.22.15.8) is getting an updated time limit to delete messages for everyone. The new limit is 2 days and 12 hours, as it was reported earlier this year. The previous limit was 1 hour, 8 minutes, and 16 seconds.