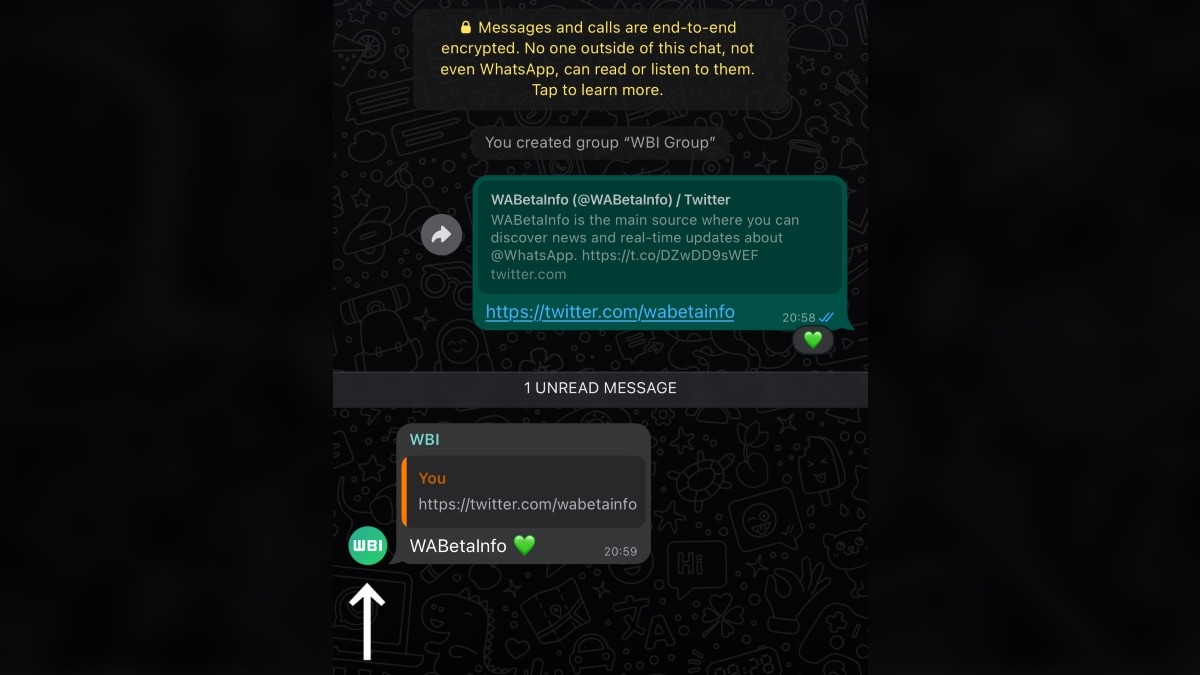 WhatsApp is reportedly working on a feature that will bring tweaks in the user interface of the app on iOS and display profile pictures of the members in a group chat. The feature is said to be under development and its release is not known yet. The news comes a few days after it was reported that WhatsApp for iOS may get a feature that will allow users to to view status updates within the chat list. This feature has already been rolled out to WhatsApp for Android beta testers.

As per a post by WABetainfo, a platform that tests WhatsApp features before it is rolled out for masses, WhatsApp for iOS will soon get a feature for testing that will show their profile picture of participants within group chats. The profile picture will be shown beside the message you have sent in that group (see main image). Currently, WhatsApp only shows the name of the group participants beside their messages.

The platform said WhatsApp submitted a new update through the TestFlight beta Program, bringing the WhatsApp beta for iOS 22.18.0.72 version. It also said that there is no way to disable this feature “since it will always be enabled by default for all group participants and there is no switch for it.” As mentioned, this feature is under development so there is no information on when it will be available to regular users.

It has also been reported that WhatsApp may bring an undo delete message feature that will allow users to recover accidentally deleted messages in a chat. They will reportedly get a snackbar at the bottom of the screen after a message is removed with the Delete for Me option that can be used to give users the option to recover the deleted message within a certain time.