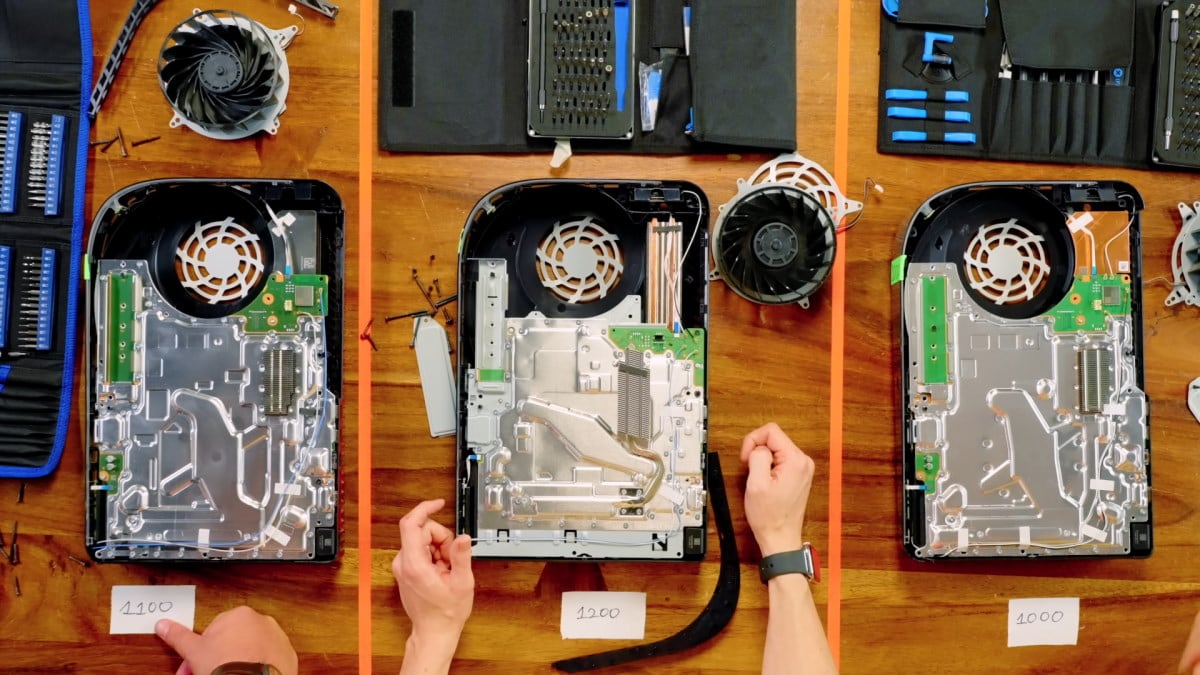 Sony has quietly and completely revamped the internals of its newly revised PS5. The latest model made rounds in Australia last week, sporting a CFI-1200 number and touted to be 200 grams lighter than the original CFI-1100 variant. Tech Youtuber Austin Evans took upon the challenge of tearing down the revised PS5 console and revealing its innards, to figure out what’s changed. Key highlights include changes to the heatsink and an updated motherboard, while the exterior plastic shroud remains intact.

Last year, Evans tore down the CFI-1100 model PS5, sparking controversy after claiming that the smaller heatsink could cause horrible thermal throttling issues. The theory was dismissed by Digital Foundry, stating that the temperature flow was the same as the launch model, CF-1000. What’s interesting is that these new, lighter PS5 models started showing up in Australian stores, shortly after Sony hiked the prices in select markets in Europe, Middle Eastern and Asia-Pacific. PS5 prices in India and the US remain unchanged.

As per Evans’ teardown and testing, the new PS5 1200 model draws 20–30W less power, while delivering “roughly” the same noise and heat output. The updated motherboard has shrunk by two inches, while the cooling system gets an additional heat pipe to compensate for the smaller heatsink. These changes have resulted in the PS5 weighing 3.3kgs, about 200gms lighter than the launch model i.e., CFI-1000. Bear in mind, that the values are for the Digital, disc-less variant of the gaming console.

The SSD enclosure has also changed, with Sony cutting down the PCB (printed circuit board), exposing the housing to improve heat dissipation. Coming back to the motherboard, Sony has now tucked away the CMOS battery under the heatsink — it was exposed before. Meaning, that any time there is a need to reset/ restart the PlayStation 5 (due to crashes) or simply diagnose it, you will need to disassemble the entire console to reach it. Evans also notes that Sony has cut down on internal packaging costs, making it lighter and cheaper to produce.