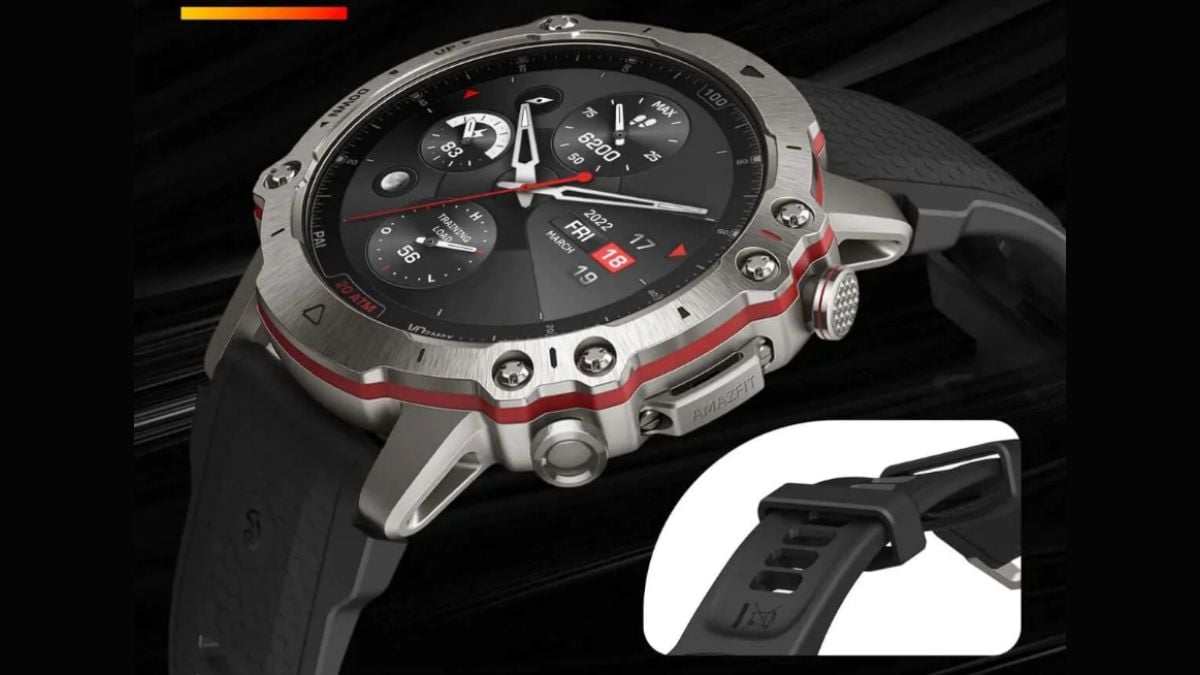 Amazfit Falcon was launched in India on Thursday. The premium smartwatch from Amazfit was previously launched in the global market and competes against offerings from Garmin, Apple, and Samsung. The Amazfit Falcon is a rugged smartwatch that comes with a 20 ATM water-resistance rating along with a corrosion-resistant body that the company claims is tough enough to pass 15 military-grade tests. The smartwatch is priced at Rs. 49,999 in India, placing it in the higher-end premium smartwatch segment in the country.

The Amazfit Falcon can currently be pre-ordered from the Amazfit official website and Amazon India website for Rs. 49,999. It will go on sale for the first time starting on December 3. This Amazfit smartwatch is offered in a single Titanium option.

Users who purchase the Amazfit Falcon smartwatch during the pre-order period will get a free duffle/sports bag worth Rs. 1,999 along with their purchase.

The latest premium wearable device from Amazfit in India is a rugged smartwatch that sports an aircraft-grade TC4 titanium unibody, and a sapphire crystal glass screen that features a 1.28-inch HD (416×416 pixels) AMOLED display with up to 1,000 nits of peak brightness. As mentioned previously, the smartwatch flaunts a 20 ATM water-resistance rating, and corrosion resistance that the company claims is tough enough to pass 15 military-grade tests.

The premium smartwatch from Amazfit is powered by a 500mAh battery unit that the company claims can offer up to 14 days of usage on a single charge. The usage of the smartwatch on a single battery charge could be extended up to 30 days on battery saving mode, claims the company.

In terms of sensors, the Amazfit Falcon houses a heart rate monitor, an Sp02 sensor, a stress and sleep tracker, and a menstrual cycle monitor. The Amazfit Falcon also supports connectivity with external workout devices like heart-rate belts and cycling power meters via Bluetooth. The smartwatch can be used for navigation as it comes equipped with dual-band GPS with support for six satellite positioning systems.

The smartwatch comes with an in-built AI-based workout coach called the Zepp Coach which the company claims is capable of detecting when a user enters into an overtrained state. The AI-based coach would then automatically reduce the intensity of the scheduled workouts to keep the user safe.

Amazfit Falcon comes with 4GB of inbuilt storage for storing workout data and music locally on the device. The workout data on the smartwatch can also be synced with applications like Strava, Apple Health, Google Fit, and Adidas Running.